The influential, Sussex-born melancholies drop "The Only One," the first single from their forthcoming new album, out in September. 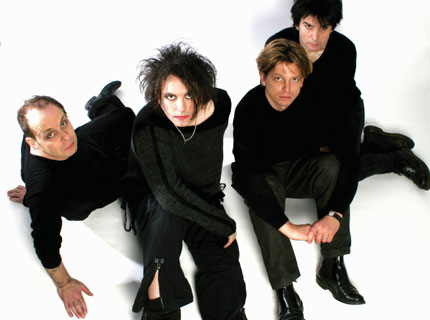 What? To support the Sept. 13 release of the band’s yet-to-be titled 13th record, Robert Smith and his don’t-call-‘em-goth-cronies are releasing a single each week for four consecutive months. Like others in their vast catalogue — synth-ridden, first charting (1980) single “A Forest,” so-sweet-it-hurts “Pictures of You,” “Just Like Heaven,” and “Catch,” and even the guitar-less, kitchenware rhythms of “Close To Me” — newbie “The Only One” is a lost romantic. And though flipside “NY Trip” is astray somewhere in their post-punk days, glossed over with fancy fretwork and vocal delays, it’s still on-the-knees desperate for a heart — Smith’s trademark.

Who? Currently, the Cure are frontman Smith, multi-instrumentalist Porl Thompson, bassist Simon Gullop, and drummer Jason Cooper. Smith and Thompson are the only two members who saw day one, 32 years ago.

Fun Fact: All four 13th-of-the-month B-sides will not be on the full-length release, but Smith says [via Billboard.com] that the album will arrive with tunes “about relationships, the material world, politics and religion,” and will be “very upfront and dynamic.” “People will be surprised how stripped-down and in-your-face the record is,” he said.