Check out the alt-rockers performing classics like "Interstate Love Song" and "Plush," recorded live at the Houdini Mansion April 7. 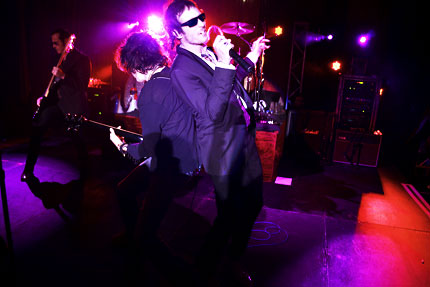 In a secret performance at magician Harry Houdini’s mansion, tucked away in Los Angeles’ Hollywood Hills, Stone Temple Pilots returned to the stage for the first time in over seven years, slamming shut frontman Scott Weiland’s recent fallout with Velvet Revolver, and opening yet another chapter for the alt-rock mavens — and SPIN.com was there to document it all.

Check out footage of “Plush,” Vaseline,” and “Interstate Love Song” below, and then readGregg LaGambina’s lengthy review of STP’s exclusive, landmark set, one which evidently brought as much magic to the table as the venue itself.