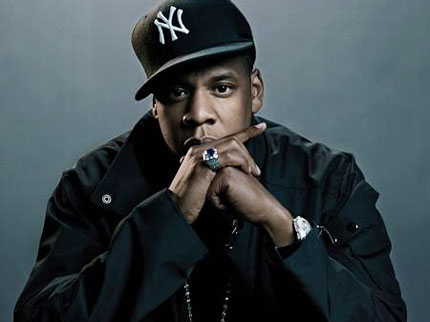 All is on the up and up for Jigga Man: The New York City-based rapper, better known as Jay-Z, is finalizing a $150 million dollar contract with enterprising touring heavyweight Live Nation, The New York Times reports (via Pitchfork). The deal, said to be for ten years and three albums, encompasses Jay-Z’s tours, music, endorsements, and other business ventures, including Hova’s own brand new,multi-faceted music imprint, set to fall under the newfound Roc Nation title.

The future career path of Jay-Z, who recently left his position atop Def Jam (he owes one more album to the label, due in 2008), has been the subject of many rumors, including one that had him in talks with Apple CEO Steve Jobs about spearheading an iTunes record label. According to The New York Times, Def Jam parent company Universal Music was also unable to outbid Live Nation for Jigga, who ultimately joins U2 and Madonna at the label by signing one of the industry’s biggest music contracts ever.

And with the deal, fans can expect to see Jay-Z in a nearby city soon: “In a way I want to operate like an indie band,” he told the Times. “Play the music on tour instead of relying on radio. Hopefully we’ll get some hits out of there and radio will pick it up, but we won’t make it with that in mind.”

In related news: With a guaranteed $25 million advance in the deal, Hova’s longtime boo Beyoncé can expect a diamond the size of an avocado: The two love birds filed for a marriage license in New York earlier this week, People.com reports.