Plus Scott Weiland is tossed in the slammer and CSS reveal Donkey's tracklisting. 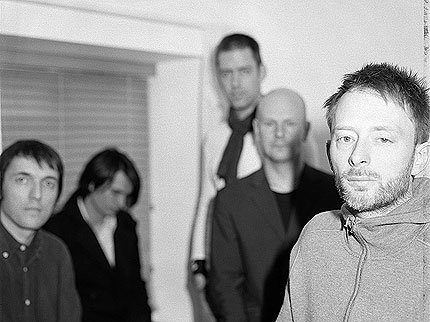 Despite all the oh-my-gosh-they’re-changing-the-music-industry hoopla in response to the pay-what-you-feel-fit digital release of Radiohead’s In Rainbows, frontman Thom Yorke says the mold-busting distribution was simply a reactionary “one-off.”

“I think it [letting fans choose how much to pay] was a one-off response to a particular situation,” he told the Hollywood Reporter. “It was one of those things where we were in the position of everyone asking us what we were going to do. I don’t think it would have the same significance now anyway, if we chose to give something away again. It was a moment in time.” [Via NME.com]

Scott Weiland, mouthy ex-Velvet Revolver frontman, reunited Stone Temple Pilots (live footage!) leader, and enterprising solo artists, was sentenced to eight days in jail during an arraignment Monday (April 28) for his November 21 arrest for driving under the influence of alcohol — his second DUI conviction in four years, Billboard.com reports. The rocker’s sentence will being May 28; no word on how it will effect STP’s summer tour, set to kick off May 17.

CSS have unveiled the tracklisting for Donkey, the cheeky Brazil-based electro rockers’ sophomore set out stateside July 22 via Sub Pop. And according to NME.com, the new 11-track record arrives with a love song dedicated to frontwoman Lovefoxxx’s fiancée, Simon Taylor of the Klaxons, and will be prefaced by the release of first single “Left Behind,” which Sub Pop will drop as a free download July 14.