New Video: The National, ‘A Skin, A Night’

Watch the trailer for filmmaker Vincent Moon's new work that follows the National as they recorded their definitive opus, The Boxer. 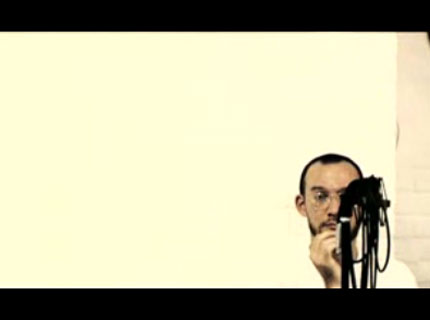 More than two years after the National began working on their moody, meticulous fourth album The Boxer, a 60-minute film has emerged to offer an arty, microscopic view into the recording efforts and personal dramas behind the quintet’s benchmark record.

A visual masterwork in itself (that is, if the trailer is any evidence), French filmmaker Vincent Moon’s A Skin, A Night utilizes insightful, voyeuristic methods while capturing arty and poignant images and insightful yet anxious in-the-studio shots. And to top it off, the film’s linear editing is as smooth and transcendental as the album itself.

Now Watch This: A Skin, A Night trailer

A Skin, A Night arrives on DVD May 20 alongside The Virginia EP, a 12-track collection of demos, live performances, radio sessions, and B-sides.