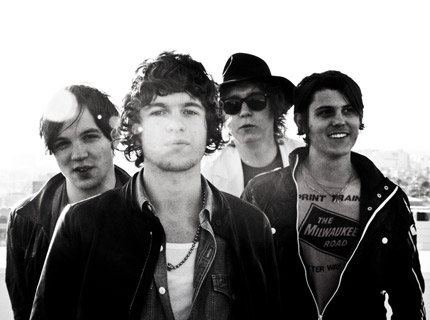 What? With their debut In/Inside Out, the acoustic Brit-pop and ska-tinged gems of this Brighton-bred quartet leapt straight into our hearts and playlists. But after exhaustive touring efforts, the band, led by the lighthearted, lash-tongued brogue of frontman Luke Pritchard, failed to attain the chart-topping success stateside at they had back in the U.K. This week, however, the band return with Konk, their much-anticipated sophomore album that delivers a similar yet matured sound via acoustic jams (“Tick of Time”) and electrified ditties such as first single, ” Always Where I Need to Be,” and — most importantly — spearheads the band’s hopes of American domination.

Fun Fact: During the recording efforts for Konk, which features production work from Tony Hoffer (Air, Beck, the Thrills), Pritchard brought 80-90 songs to the table, and over a long arduous process, slimmed the selection to the current 12-tune tracklist.