Get our take on new albums from Does it Offend You, Yeah? and M83, plus have a peek at Spin's May issue, out next week! 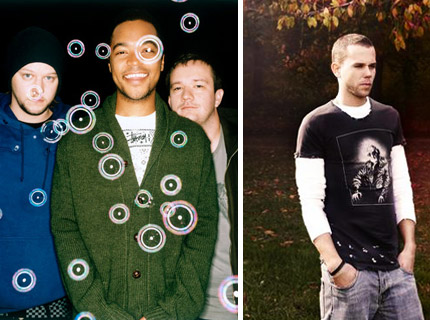 Here’s a rundown of what’s available online and in record stores this week. Click each album title to read Spin’s review:

Does it Offend You, Yeah?, You Have No Idea What You Are Getting Yourself Into: Disco-punk copycats do their Homework, make Discovery.

M83, Saturdays = Youth: Andie and Duckie get lost on a Gallic new-age vacation.

Plus, here’s a list of albums released today that are reviewed in Spin’s May issue. Pick up a copy when it hits newsstands later this week for a full record review.

Frightened Rabbit, The Midnight Organ Fight: Cutting against the Glasgow grain, one second at a time.

The Gossip,Live in Liverpool: Despite Brits’ adoration, punky belter could use a band boost.

The Kooks, Konk: NME heartthrobs still in search of their “woo-hoo” moment.

Phantom Planet, Raise the Dead: Hollywood hunks resurface after The OC, get the bends.