Spin Gears Up for SXSW

Video! From interviews to acoustic performances, to our annual party at Stubb's, Spin has you covered in Austin. 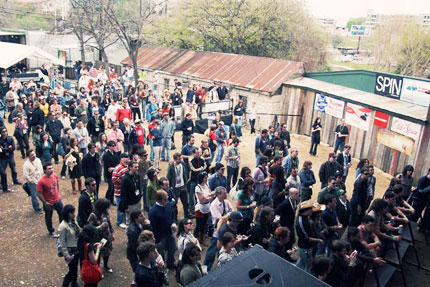 After weeks of picking through the exhaustive bill and mentally preparing for sleepless nights and ’round the clock rock, Spin staffers will finally depart New York City tomorrow (March 11) and head south for Austin, TX’s annual musical assault: SXSW. And once onsite, SPIN.com will be bringing you the best of the fest via video interviews with the event’s biggest artists, as well as performances, backstage exclusives and much, much more. For a complete rundown of what SPIN.com will be up to in Austin, watch the video below.