She's the queen of Bond themes and a living legend in the U.K. At 70, she's back with a contemporary dancefloor party-starter. 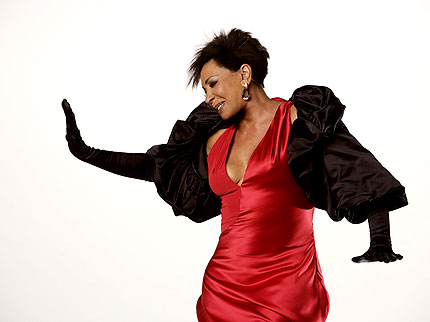 Who? Shirley Bassey might be somewhat unknown to U.S. ears, but in the U.K., she’s their Aretha. The unmistakable singer of James Bond themes like “Goldfinger” and “Diamonds Are Forever” rocked Glastonbury 2007, and has now sprung back into action with her first album in ten years, out today.

What’s the Deal? Get the Party Started gathers savvy, dancefloor retreads of classic Bassey hits and standards, and is anchored by the title track, a sassy remake of Pink’s ubiquitous Top 40 hit from a few years back. The edgiest fare here comes via Bassey’s interpretation of the classic “Big Spender,” which is repositioned atop a semi-sinister electro groove straight out of the Goldfrapp canon, and peppered with brassy bursts that would leave Connery, Moore, Craig, and those other dudes who played Bond shaken and stirred.

Fun Fact: Wales-born Bassey is so adored at home, Arctic Monkeys paid her homage at Glastonbury, covering “Diamonds Are Forever” after an earnest dedication from lead Monkey Alex Turner: “This one’s for Shirl.” Watch the video below.

Now Watch This:
Shirley Bassey, “Get the Party Started”