Radiohead to Fans: Animate Our Video!

Win $10,000 to produce the final cut of your animated video to tunes from the quintet's new album, In Rainbows. 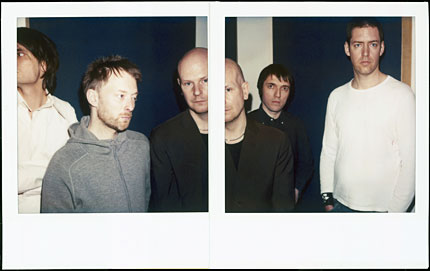 Attention Radiohead fans, animators, and music video creatives! The brainy, Oxford-bred fivesome, in partnership with independent animation network Aniboom and TBD Records, are seeking fan-created animated music videos for any of the tunes on the band’s seventh LP, In Rainbows.

The contest, now accepting creative storyboard submissions, is promoted by Adult Swim and MySpace, the latter of whom will conduct fan voting for the best videos. Upon the conclusion of round one on April 27, the pool will be cut down to ten semifinalists, each receiving $1,000 to produce a one-minute short.

Radiohead’s five members will then shift through the semifinalist submissions and pick one winner, who will receive $10,000 to produce the final video. Once completed, the winning video will premier on Adult Swim.

For more information on the contest visit the Aniboom/Radiohead entry page at dailymotion.com.