She's back! The angst-ridden folk-pop maven gears up to release first LP in over four years. 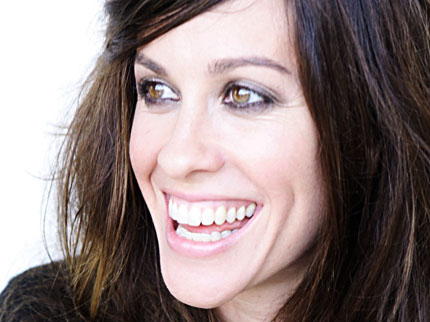 After a four year absence, Alanis Morissette, the once-jagged, multi-platinum-selling Canuck, will return June 10 with her seventh LP to date, Flavors of Entanglement.

The album, originally slated to drop May 20 but postponed by her label Maverick/Reprise, was co-written and produced by Guy Sigsworth (Björk, Imogen Heap) and, per usual, will document Morissette’s “fragile moments,” the songstress said in a press release. But fans can also expect a slight sonic departure: Eastern percussion, strings, and electronics will pepper the album.

To hold yourself over until June 10, check out Morissette’s gut-busting cover of Fergie’s “My Humps” here.