The heart-stricken grrrl rocker's 1993 opus to arrive June 24 with additional tracks and DVD. 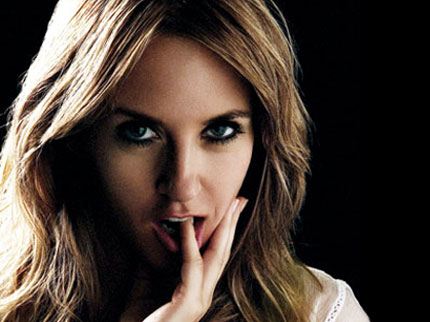 After 15 years and mountains of critical acclaim, Liz Phair’s lo-fi, female-empowering, and romance-seeking 1993 opus Exile in Guyville will undergo the reissue treatment and release with additional tunes and a DVD June 24 courtesy of Phair’s new label, ATO.

Four extra songs — “Ant in Alaska,” “Wild Thing” (inspired by the Troggs’ hit of the same name), “Say You,” and an untitled solo instrumental — and a DVD documentary will accompany the album’s original 18 tracks. Focusing on the indie scene in Chicago’s Wicker Park neighborhood, from which Phair’s musical career was born, the DVD features an interview with Phair herself, as well as Windy City luminaries like Ira Glass of NPR’s This American Life, actor John Cusack, producer Steve Albini, and members of Urge Overkill.

Sick of musical nostalgia? If so, worry not Phair fans, for the rockstress’ new deal with ATO includes a new studio album due in the fall.