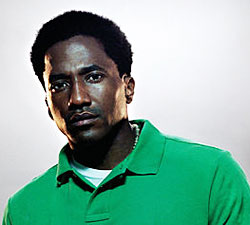 As OK Go, members of Shudder to Think, and Stella’s Michael Ian Black, Michael Showalter, and David Wain gear up for a New York City benefit gig tonight (Feb. 4), the Grateful Dead reunite and rally in Frisco, and Fall Out Boy Pete Wentz revels in his Cocktail-esque skills after bartending his recent benefit, artists continue to emerge in support of democratic candidate Barack Obama — the latest being Tribe Called Quest rapper Q-Tip. Today, the MC provides a detailed letter, a near diatribe justifying his support for Obama, while urging others to back a candidate he feels “offers sound judgment and experience rooted in the lives of real people.”

We are in the midst of a very important time in our history. The world is fixated on an American election for many obvious reasons.

Abroad, young Americans are dying in a poorly managed and ill-conceived war. America’s prestige as a moral leader has suffered as a result of a divisive approach to foreign policy. Unfair trade practices have resulted in the loss of countless jobs and toxic products for children have reached our shores.

Untold millions are unable to pay their mortgages and afford the cost of gas. Global warming and its effects are spreading at an unchecked pace, and special interests have frozen the nation’s governance into inaction. Given this disturbing climate at home and abroad, it is imperative that we break out of old habits and politics as usual. It is time we endorse real change.

This is why I endorse Senator Barack Obama for President. I have been blessed with the opportunity to be apart of a great American culture with the hip-hop movement. The music that I created was inspired by fresh, new ideas in expression. I have always strived to let that sentiment live in my music. Hip-hop continues to be a mighty voice for the disenfranchised, the disillusioned, and poor. Senator Obama offers the best opportunities for all of us who fit these descriptions. A large amount of us still remain unregistered to vote, and Barack Obama not only represents unification of our communities by his presidential platform but the ignition of the light that remains untouched by any political figure.

Hip-hop culture was the product of the impoverished who found strength and solace in this music phenomenon. It is a transformational art form born of neighborhoods where crime and drugs were on the rise and self-esteem was sinking. The education system was failing, and the odds were against us.

But as a people, we persevered. I know about having true substance, new ideas and a desire for fundamental change like Senator Obama. This is not an emotional decision, although I am moved by Obama’s American story. I am endorsing Barack Obama because I feel that we can benefit greatly from a leader that offers sound judgment and experience rooted in the lives of real people. We can change our economy. We can change our health care. We can change the course of the Iraq war. We can change our neighbor’s minds about nuclear weapons. The only way we can have this renaissance is with the Senator from Illinois as President of the United States. We are on the brink of moving past our stigmas and preconceived thoughts to make a substantive decision for change… the change is Barack Obama.

Meanwhile, politico-rambler, and, you know, former Nirvana bassist Krist Novoselic has donated to the campaign of libertarian Ron Paul.

The Republicans, well, they continue predominantly shunning the support of celebrities — though this guy could certainly help!