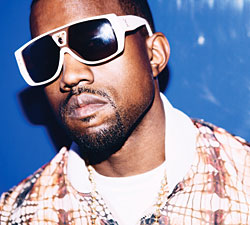 Just days before the big show, officials for the 50th Annual Grammy Awards have announced a handful of additional performers to the bill, including Spin Entertainer of the Year Kanye West, an eight-time nominee, and Amy Winehouse, a six-time nominee. Oh, total babe magnet and booze-cruiser John Mayer will also perform Sunday night (Feb. 10). But oddly, left out of the press release, is news that Winehouse — due to her, you know, issues with the crack pipe — has been denied entry into the U.S. Thus her performance, though it may be sleekly edited in for all the viewers at home, will be broadcast via satellite from the comfort of her rehab cell, er, an undisclosed location in England.

The results are in and the sheer ridiculousness of SXSW’s exhaustive bill far surpasses that of CMJ — just in case there was any confusion! Bolstering its supremacy, the complete lineup for Austin’s extravaganza has now been unveiled, which, among the previously announced and speculated bands, now names acts like Yo La Tengo, Thurston Moore, Diplo, Be Your Own Pet, and Los Campesinos!, among about a zillion others, all of which you can see here. Prepare to squint. [Via Pitchfork]

News of the continuous music industry fragmentation has been spinning like — pun intended — a broken record. But while many acts, say Radiohead, hit the web, or sign unconventional, all encompassing deals, there’s no doubt the executives and artists alike are scrambling for a new format — and Timbaland may have found one: the rapper and production mastermind has teamed with Verizon Wireless for the first ever “mobile album,” which will be exclusively available to subscribers of Verizon’s mobile entertainment service. For the album, Timbaland, who hasn’t split with longtime conventional label Interscope, will team with 12 different artists to produce one song per month throughout 2008 while touring the country on the Verizon Mobile Recording Studio Bus. Timbaland’s surprisingly simplistic yet intelligent justification: “every place don’t get a CD [but] everybody has a mobile phone.” [Via Billboard.com]