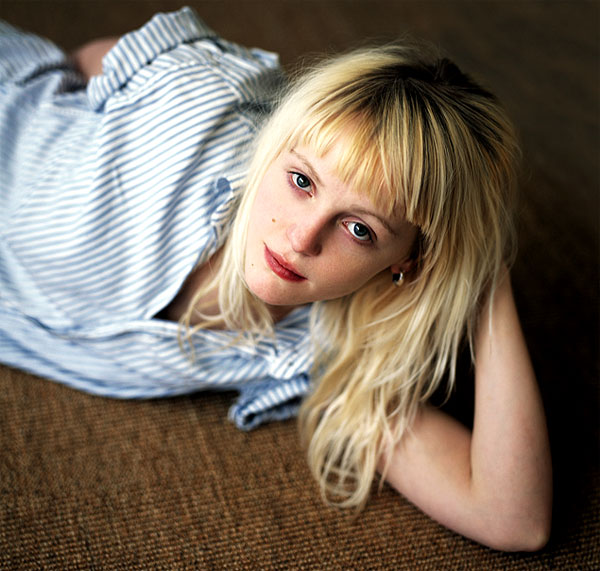 With her gently bewitching songs about bad dreams and broken hearts- not to mention her flaxen hair, snow white skin, and searching blue eyes- teenage singer/songwriter Laura Marling is proud to come off more Wuthering Heights than The Hills. “I’ve always loved books by the Brontë sisters,” purrs Marling, who was raised in the sleepy village of Eversley. “I love Jane Austen, too. I’m more influenced by people like her than by pop culture.” But it hasn’t always been easy for this Brontë girl to fit into a Britney world. “The other students at school didn’t like my music,” says the 18-year-old. “To them, being a folksinger was like, ‘Oh, whatever.’ They’d never come across anything like it.”

Then again, not everyone has a father who chooses Neil Young’s junkie blues “The Needle and the Damage Done” as the first song to teach his little girl. (“It’s a good one for basic picking,” explains Marling.) After learning the fundamentals, she began working on her own material, finding inspiration in Will Oldham’s sepia-toned Americana.

“Listening to [Oldham projects] Bonnie ‘Prince’ Billy and Palace made me take music more seriously,” says Marling, who was approached by Virgin only two weeks after her first London gig. (She was 15 at the time.) Out this spring, her debut album, Alas I Cannot Swim, is full of literate tunes that call to mind Bryter Layter as sung by Beth Orton’s younger sister. The “brutally honest” Marling sounds accomplished beyond her years on cuts like “New Romantic,” on which she whispers, “Maybe I should give up…and turn into my mother / God knows I love her.”

Still, Marling needed her parents’ approval to relocate to the British capital, where she’s had to learn to tamp down her performance anxiety. “People think I look odd onstage,”says the shy singer, whose live appearances are a study in introverted charisma. “But the way I deal with being incredibly nervous is by concentrating really hard.” Goodthing she’s learned to cope. “I don’t need to sell tons of records, but I want longevity. I want to make music for the rest of my life,” Marling says, sounding not unlike Jane Eyre.

David Marchese
Tags: This Is Happening