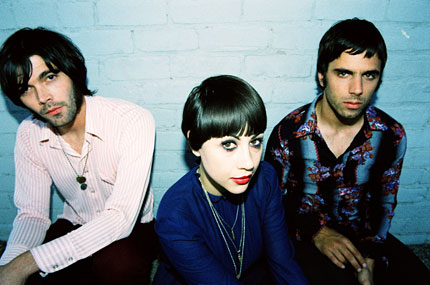 What’s the Deal? Many of the songs on Humanimals were played live for almost two full years before Grand Ole Party ever set foot in a recording studio. Such energy, combined with the assured production of Rilo Kiley’s Blake Sennett, makes this 13-song set a rich, gypsy-fueled rocker to remember. Gundred’s substantial pipes, which have been compared to Yeah Yeah Yeah’s Karen O, may be center stage, but it’s her sultry phrasing — a careful mixture of anger, sadness and joyful defiance — that sets her apart. “Look Out Young Son” sets a tone of slinky strength, while “Roll On Down” is psychedelia worthy of Grace Slick, and “Radio” receives remix treatment courtesy of Dub legend, the Scientist.

On the Web:
Grand Ole Party at MySpace