Soulful riffs and grimy solos abound with this Washington five-piece. 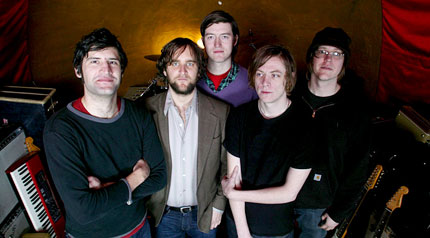 What’s the Deal? The Hands is full of stern, buzzing basement rock with Rolling Stones-like swagger. Solo-laden burners such as “Lies Lies Lies” and “Dry County” are equal parts Hellacopters and the Animals, while opener “Six Gun Hand” lays down straight up barroom stomp. Soulful “Wade in the Water” measures up to the high points of Dead Moon and Detroit garage rockers the Sights. The band braves some melodic textures, throwing some slower, emotive chops in on the instrumental “Lord’s Gonna Trouble” and the six-minute epic “Hearts Abandoned Will Rust.”

Fun Fact: Buzz around the Hands started after the band threw a rock’n’roll is dead-themed show with Healy dressed as a priest and the band as his choir. Besides addressing rock’s death in song, the Hands offered a sacrament of absinthe to the crowd.

On the Web:
The Hands at MySpace