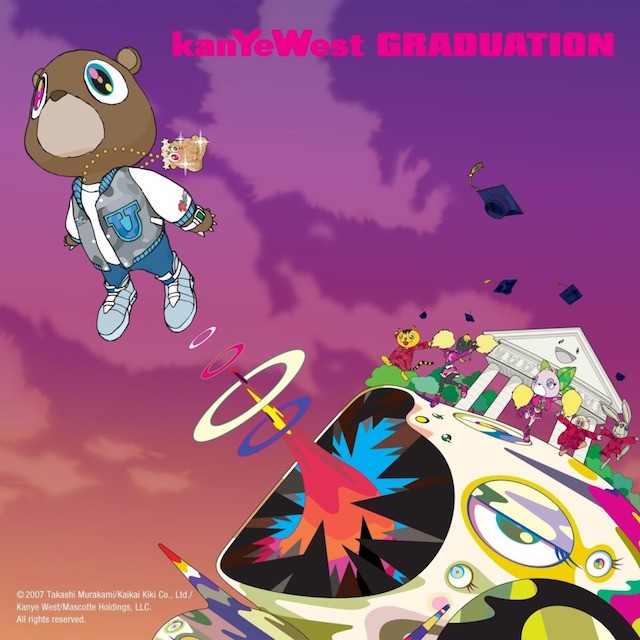 According to the historical record, an English professor (Donda) and photojournalist (Ray) brought Kanye Omari West into this earthly cipher in Atlanta in 1977. But in actuality, the rapper/producer was born in the hip-hop ether in 1997 with the release of the orgiastic video for the No. 1 hit “Mo Money Mo Problems.” The parents: the Notorious B.I.G., the larger-than-life, faux-Godfather martyr MC; Puff Daddy, the sample-happy, middle-class mama’s-boy producer with preppy fashion envy, a rapping handicap, and “I’m rich, bitch” conceit; and Technicolor mythmaker Hype Williams, who also directed the recherché videos for the singles “Can’t Tell Me Nothing” and “Stronger” from West’s No. 1-selling landmark Graduation.

“Mo Money Mo Problems” coronated hip-hop as the world’s most potent pop product, and Graduation’s grandiose craftiness marks the ten-year anniversary of that double-edged African American exploit (50 Cent’s gangsta cynicism was a mere sideshow). From the yacht-rockin’ capitalist sun splash of “Good Life” to the giddy techno priapism of “Stronger” to the soulful double-unconsciousness of “Can’t Tell Me Nothing” to the Steely Dan home-run trot of “Champion,” West’s third album is mesmerizing and alienating, like all the purest forms of pop culture. Its music is a rush of designer adrenaline, its personality insatiable self-justification. It’s the paradigm ya love to hate: Diddy with skills.