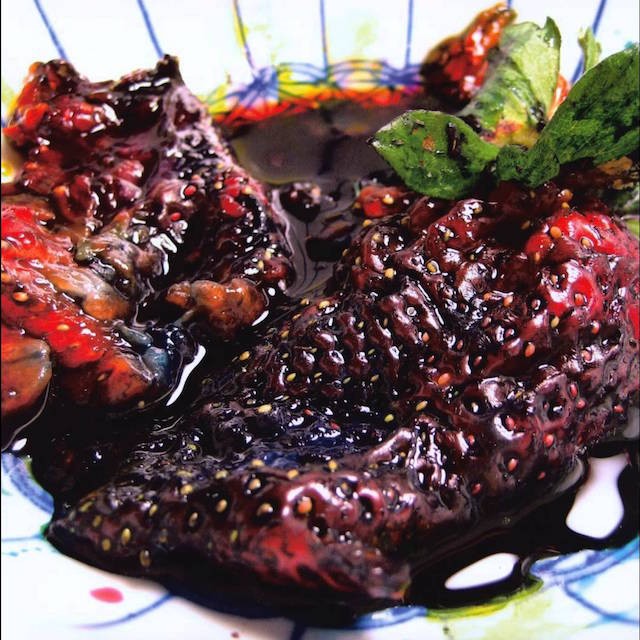 The eighth studio album from these folk-pop weirdos opens with 25 seconds of squelchy insectoid chatter that comes off as willfully annoying. Then the noise resolves into a chunky electro-throb that forms the basis of a fine summertime pop tune, featuring samples of monster movies, words like “broccoli,” and a chorus woven from the cheery sounds of steel drums. The track, “Peacebone,” foreshadows this whole delicious record, forging the band’s often shambling experimentalism — which rides the line between childlike and childish — into something strangely pulsing and sublime.

Earlier this year, AC member Panda Bear released a charming solo record called Person Pitch, on which the singer dove deeper into Beach Boys waters than ever before. Those pure, keening melodies are evident, especially on “Winter Wonder Land” and “Derek,” but you can also hear the pop faith that underlies them — the belief that a bright, catchy melody is a sacrament for us all. However, the sweetness of Strawberry Jam is savvily balanced by the sour, or at least the edgy. Peculiar sounds abound, and on the driving “For Reverend Green,” Avey Tare starts shrieking like a stuck pig over a chipper squeezebox. “Now I think it’s all right to feel inhuman,” he barks. That might sound harsh, but it’s precisely why animals are noble.