Johnny Rotten High on Journey, Not Crazy About the Ramones

The Sex Pistols mouthpiece sounds off on Nirvana, CBGB, and the Clash in Spin's October issue. 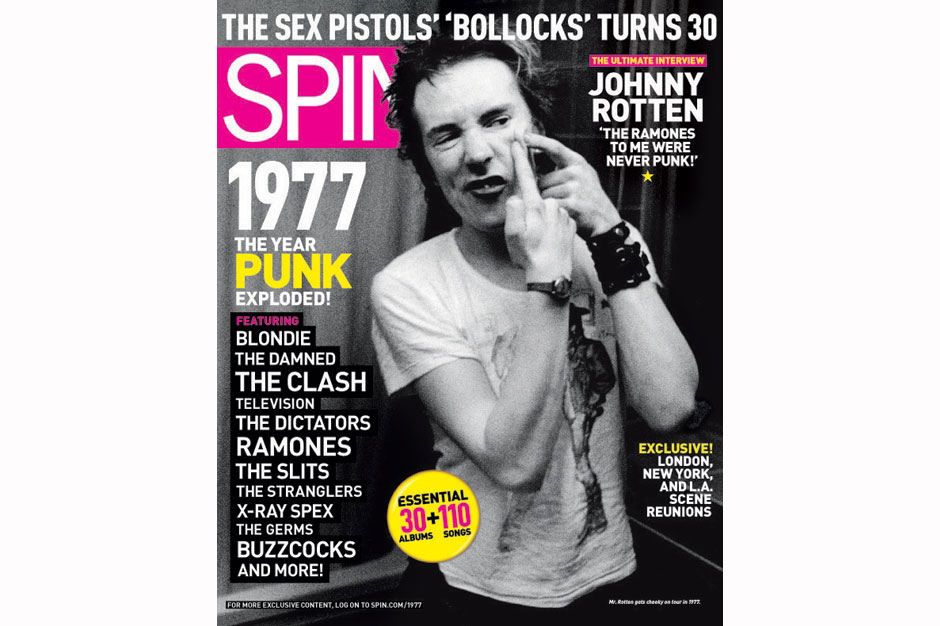 Sex Pistols frontman Johnny Rotten might be a punk icon, but he’s not afraid to admit, well, just about anything, including an affinity for the type of corporate rock many punk bands fought to destroy. “I like many, many things, and I don’t like to be pigeonholed,” Rotten reveals to Jack Rabid in Spin’s October issue (out Sept. 25), commemorating the 30th anniversary of 1977, the year punk exploded. “The whole punk ethos became that way when people thought they understood what punk was… Journey is one of my favorite bands.” Don’t stop believin’, indeed!

Rotten goes on to critique a few other unlikely suspects. “The Ramones to me were never really punk; they were closer to Status Quo,” he opines. “The record company wanted to shove us into that CBGB’s world of New York, but that’s a world of foolishness.”

Rotten dubs Nirvana “peculiar,” calling the band’s sound “a kind of record company ploy, to rephrase punk in a manufacturable way,” yet he offers this praise: “‘Smells Like Teen Spirit’ was stunning.”

“I never liked any of the Clash stuff, though,” he says. “And I never considered the Clash punk. Joe [Strummer] was alright. He was very sweet-natured. But he came from a different music background. He’d already tried the pub-band circuit, so he hopped onto punk.”

As previously reported, the Sex Pistols will reunite for a one-off performance to celebrate the 30th anniversary of the Never Mind the Bollocks’ release. “Why the bloody hell haven’t we made another [album]? I don’t want to,” he tells Spin. “We said enough. We’ve done enough. There’s no point. But it’s worth remembering, because we did it well, and that’s something too few people do.”