Tom Morello is a relentless zombie-slaying mofo. He’s destroyed a dozen pixilated monsters in the past 45 seconds, and he’s ravenous for more carnage. “I actually like this a lot,” he says as he wastes a fast-charging catatonic corpse. “When we toured in Japan, this is all I did.”

We are in a video arcade on the Santa Monica Pier, and the machine Morello is raging against is The House of the Dead 2. It would be great to claim that playing videogames and whacking zombies is something Morello and I do together all the time, but that would be a lie; I am only here because I am writing a story about his band, Audioslave, and he is only here because he knows his new band needs coverage. He’s a pro. We’ve completed our interview in a beachside hotel room and are now trying to hang out and be cool, which makes for kind of a weird vibe. But here’s what’s even weirder: It’s working. It is cool. We’re having a great time; the ocean breeze tastes surprisingly saltless in the open-air arcade, and the jagged blackness of the Pacific Ocean is merging with the Monday-night horizon. Somehow, this has all worked out.

And the same could be said for Audioslave. 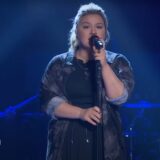 “There are two ways you can form a band,” Morello says of Audioslave’s eponymous debut album. “You can start with an idea and form a band around that idea, or you can form a band and see what ideas are created. The first method tends to create derivative bands, so we did the latter. What we did was take the Led Zeppelin lineup and make a Chemical Brothers song [‘Hypnotize’]. We took influences from Doves and Portishead, but we tried to play them in our style [‘Like a Stone’ and ‘The Last Remaining Light’]. And all of it ended up sounding unlike any of our old bands.”

The “old bands” Morello refers to are Rage Against the Machine and Soundgarden, two of the most successful and distinctive groups of the ’90s. Five years ago, these bands had almost nothing in common: Rage were politicized rap-metal progenitors who wanted to free American Indian Movement leader Leonard Peltier from prison; Soundgarden were Sabbath-drenched arena-rockers cloaked in the flannel pajamas of grunge. But now the same pistons that drove Rage (sans vocalist Zack de la Rocha) have fused with ex-Gardener Chris Cornell. And somehow this has all worked out.

“At first I didn’t like the idea,” Cornell admits. “I hated the thought of joining three people who already existed in a relationship that was probably dysfunctional, because that’s the way all rock bands exist. But after jamming with them in a room, I was so impressed with how good they were.”

Cornell’s apprehension is understandable; in some ways, his decision to join Rage-aholics Anonymous seemed eerily similar to Sammy Hagar joining Van Halen in 1985. Cornell was certainly famous enough to be in this band, and in the world of modern hard rock, he was the best available larynx not already in a band; Soundgarden broke up in 1997, and Cornell hadn’t been up to much since (see “Come Clean”). But that doesn’t mean the union was logical. Rage had a handful of hits but rarely indulged in traditional rock melody; Cornell actually sings. It was impossible to imagine the melding of Cornell’s soaring, apolitical vocals and Morello’s futuristic, chunked-up riffs.

Paradoxically, the transition was remarkably smooth. Audioslave wrote 21 songs in 19 days. According to Morello, they came up with more material in eight months than Rage had produced over the previous eight years. Their biggest hurdle had nothing to do with music: Cornell was managed by Jim Guerinot (who also handles No Doubt), while the remaining three members of Rage were still represented by Q Prime (best known for handling Metallica), and the revamped lineup almost collapsed under its own bureaucratic mass. This is not the kind of problem Marxists are supposed to have.

“It was two powerful corporate entities trying to work together, and it caused an enormous amount of friction,” says Morello. “At one point, Chris actually left the band for six weeks because there were so many separate agendas. Every phone call we made to the record company was a battlefield. Every phone call to a manager was a complete freak-out. But when we actually talked to each other as musicians, there was no problem.”

What’s harder to explain, however, is exactly why De la Rocha left Rage more than two years ago. There are clearly still hard feelings over his departure, particularly from bassist Tim Commerford, his best friend since the fifth grade. Commerford says De la Rocha called him out of the blue to say he was leaving to make a solo album, and they haven’t communicated since.

“Because of all the time I spent at his house growing up and all the time we spent skateboarding, it’s hard for me to deal with this,” says Commerford. “It’s weird. I don’t know what to say… There’s always animosity when a singer leaves a band. It’s like you’re a football team and the quarterback just split for more money on another team. And let’s say your team was great. Let’s say you went to the Super Bowl and almost won. Well, when you play that guy the next season, you’re gonna want to rip his head off.”

Commerford insists that the legacy of Rage Against the Machine was mostly just unsuccessful rhetoric–“I absolutely feel that Rage failed,” he says. That sentiment might hint at the shift in the band’s mission statement: Now that Cornell is carrying the sonic cross, the focus has moved closer to traditional rock. In the past, the question most often posed to Rage was whether they were bothered by kids who liked their music without really caring about their politics; right now, Commerford seems more frustrated with the people who appreciated their leftist posturing but never wanted to rock.

“It’s important to realize that it was more than just music with Rage Against the Machine. We put the politics first, and consequently there are a lot of people who didn’t give a fuck about the music we played,” Commerford says. “But when I was a teenager, I was in my room learning how to play bass by listening to Rush and the Sex Pistols. I wasn’t reading Karl Marx.”

Not surprisingly, Morello is less willing to classify Rage as a failure; he feels they made fans politically aware in the same way he was touched by Public Enemy and the Clash. He still wants to change lives in a meaningful, tangible way (the only thing he specifically wanted to mention for this story is that Audioslave sponsor the Compton Titans, a Junior All-American Football team in Los Angeles). Moreover, he wants to make it clear that Audioslave is not a side project. This is his future.

“We are a band,” he says. “We intend to make many records for many years and to give many interviews to Spin magazine.”