Ask the Experts: Can ’90s Pop Stars Jump-Start their Lagging Careers? What Would Krusty Do?

Can '90s pop stars jump-start their lagging careers? What would Krusty do? 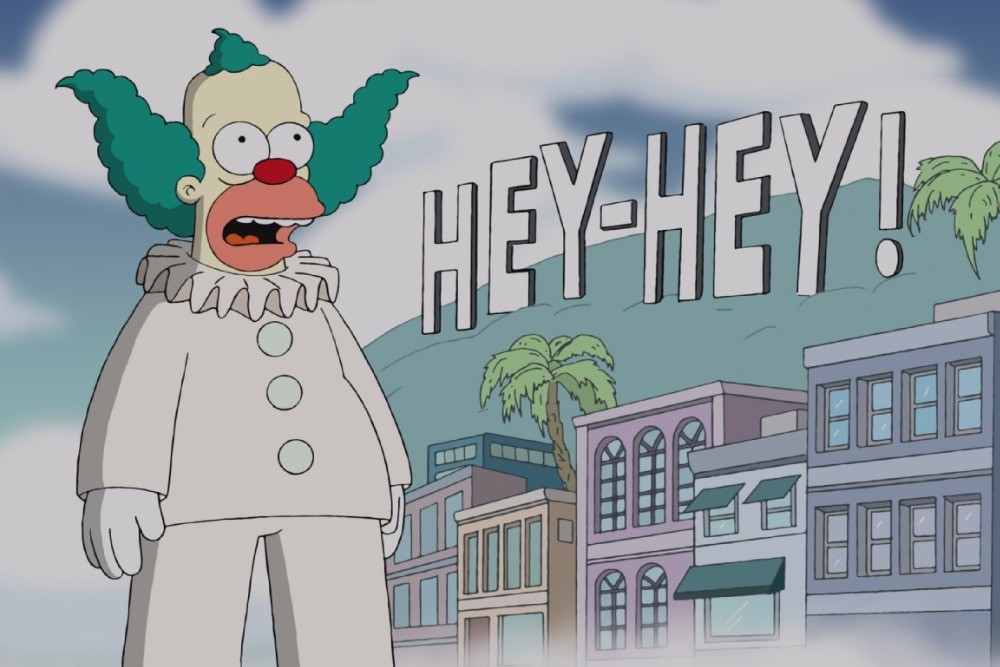 This story first appeared in the February 2001 issue of SPIN.

Long before Krusty Burger franchises dotted our nation’s rest stops, Krusty the Clown was slogging it out in this crazy business we call show. And it hasn’t been all merchandise royalties and box seats at the track. The pacemaker-sporting, chain-smoking former rabbinical student has had more ups and downs than Sinatra. He’s been stung by the IRS. He’s watched Sideshow Bob impersonate him and rob the Kwik-E Mart. He’s even faked his own death, but he’s always bounced back. So who better to dispense career-rehab advice for some of the last decade’s rock superstars who are currently experiencing a decline in their fame and fortune? Over a nosh at Izzy’s Deli, we kibitzed with Krusty.

Current Status: Following an abortive 1999 tour with Marilyn Manson and the defection of bassist Melissa Auf der Maur, Love broke from her label, Geffen Records, which promptly sued for breach of contract.

What Went Wrong?: “Let’s see. You wear raccoon makeup, expose your tochis, and work blue. This is going to get you a husband? You, missy, are hardly Mike Douglas material. I don’t know whether to buy your record or just stuff the money in your brassiere.”

Krusty’s Advice: “The thing to fix you up is a nice USO tour. Head over to the Middle East with Diahann Caroll and Lou Ferrigno, and belt out a few numbers for the boys. That patriotism stuff can’t lose. You’ll be back on American Bandstand in no time.”

Current Status: Although ambitiously rocking, the blond brothers’ 2000 release, This Time Around, was a relative disaster—selling roughly 300,000 copies—compared to their 1997 debut, Middle of Nowhere, which went quadruple-platinum and drove the little girls crazy.

Krusty’s Advice: “Okay, you goyisher pishers, listen up. Here’s how you get back the kiddies: Score a Saturday-morning cartoon show. Like The Super Hanson Rocking Adventure Fun Team or something. You get a talking puppy or a goofy alien for a sidekick and fight evil scientists and their henchmen. At the end of each show, do a number about the power of music and love. It worked for the Jackson 5.”

Current Status: After the release of her classic 1993 debut, Exile in Guyville, Phair looked set for a superstardom that never materialized. Disappointing follow-ups Whip-Smart and Whitechocolatespaceegg left Phair exiled in Lillith-ville. Fast approaching Where Are They Now? territory.

What Went Wrong?: “Look, honey, here’s the thing. Your act, it’s too girlie. People don’t want songs about boys you have crushes on or pretty flowers. And don’t start crying, either. I hate it when dames leak.”

Krusty’s Advice: “You need a testosterone injection, but quick. A male singing partner is just the ticket. I happen to know that Herb is looking for a new Peaches. Say the word, and it’s done.”

Current Status: Frustrated by the teen pop-dominated state of music and the relatively poor sales of his band’s last album, Machina/The Machines of God, Corgan dissolved the Smashing Pumpkins last year, after much farewell fanfare and self-pitying Web-posting.

What Went Wrong?: “Okay, the bald thing, big mistake. Yul Brynner, he could do bald. You, my friend, are no Yul. Like a monster you look. They could show drive-in movies on that humongous skull of yours.”

Krusty’s Advice: “Cover that geodesic head, pronto. A combover, a Beatles wig, a beret, whatever you kids are into. Just do it. They’ll be naming deli sandwiches after you in no time.”

Current Status: The Alice in Chains singer is currently an Axl-like recluse, leaving himself an easy target for rumors about alien abduction. “New” songs on the band’s box set are flimsy evidence that Staley still, in fact, exists.

What Went Wrong?: “You’re missing in action. Not even your agent knows where you are. We’ve all been there: You’re at the top of the heap, everyone wants a piece of you, you’re going through 20, 30 Reuben sandwiches a day. You need to disappear.”

Krusty’s Advice: “There’s only one way to really say, ‘I’m back!’ Open your own theater in Branson, Missouri. Five shows a day starting at 9 A.M. will remind the fans what they’re missing. If that plotzes, try a bowling alley—Layne’s Lanes.”

Current Status: Once alternative rock’s prettiest star, the ex-Lemonheads leader fell off the radar after the failure of 1996’s Car Button Cloth and more bizarre drug-addiction rumors and weight see-sawing than ’70s-era Lou Reed. Currently label-less, Dando’s attempted comeback (an acoustic showcase of new material in October in Los Angeles) was foiled by a heckler blaring his “Mrs. Robinson” cover on a boom box.

What Went Wrong?: “You’re over, boychik. Finito. The fickle mistress known as Lady Fame wouldn’t throw you a pity kiss if she were three martinis to the wind.”

Krusty’s Advice: “There’s nothing Uncle Krusty can do for you.”